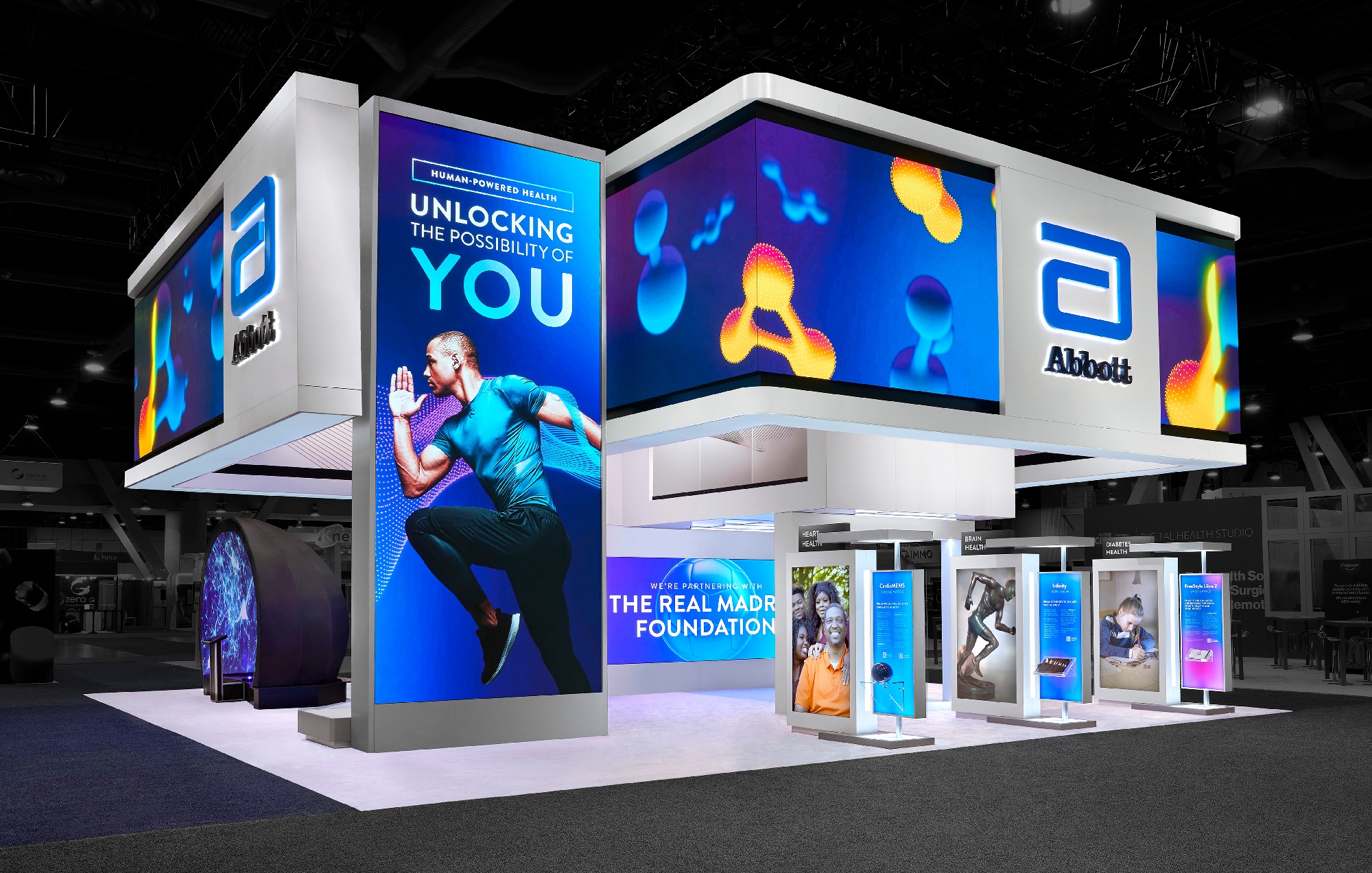 Abbott is a multinational medical device and healthcare company. While unquestionably a prominent household name with their wide range of products, some might be surprised to find them at CES. Find out how they stole the show and brought a focus on health and wellness directly to consumers.

Abbott wanted to signal a change in the marketplace with their new approach to consumer wellness. They picked CES 2022 to do it, since their CEO, Robert Ford, would be featured as a keynote speaker on the role of healthcare companies in technology. The exhibit needed to support and expand the new positioning.

Through bold architecture, prominent engagement areas (including an interactive dome with holographic projection on the interior), Abbott was able to capture the attention of attendees and the press at CES 2022.

The results were immediate. Ad Age featured Abbott’s booth prominently in an article written about industry trends, and Exhibitor Magazine selected Abbott’s booth as one of the top 10 best exhibits from the show. A quick Google search of ‘Abbott CES 2022’ will show how effective Abbott’s strategy worked. 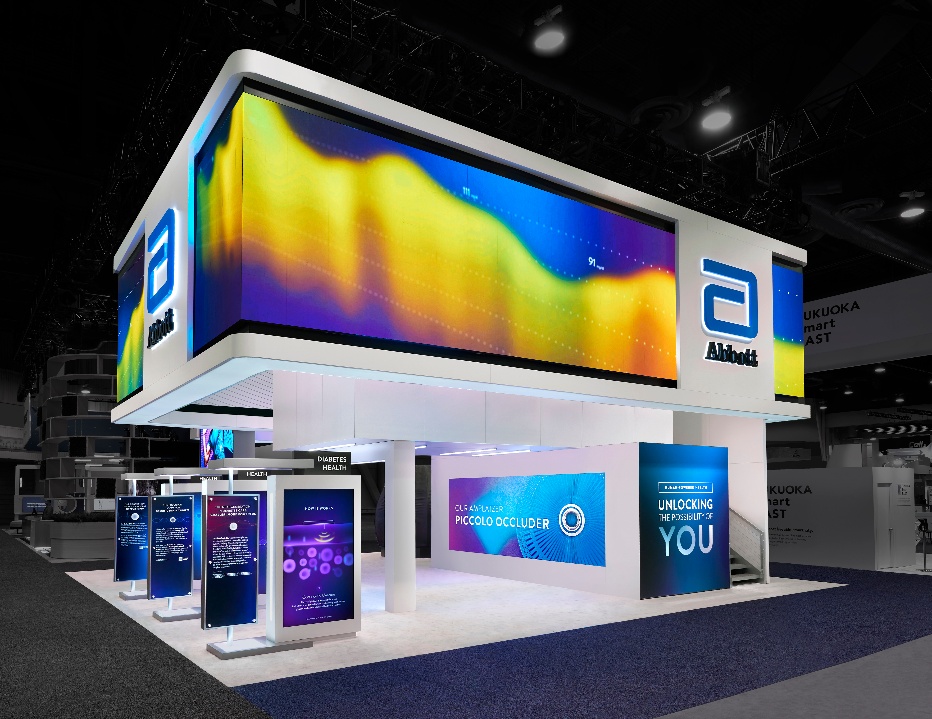 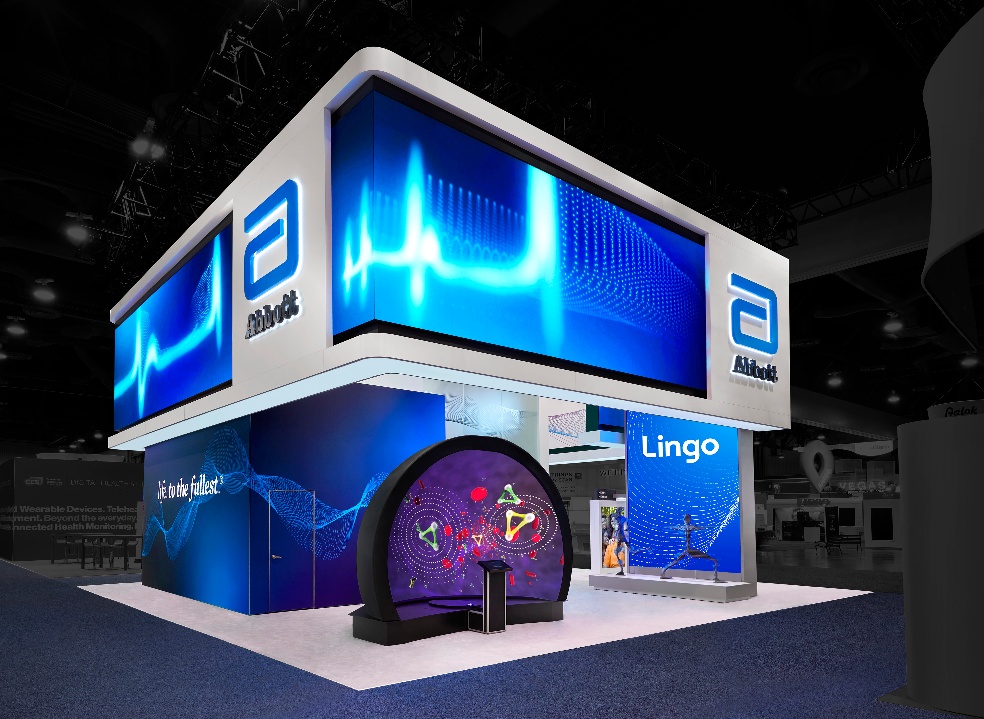 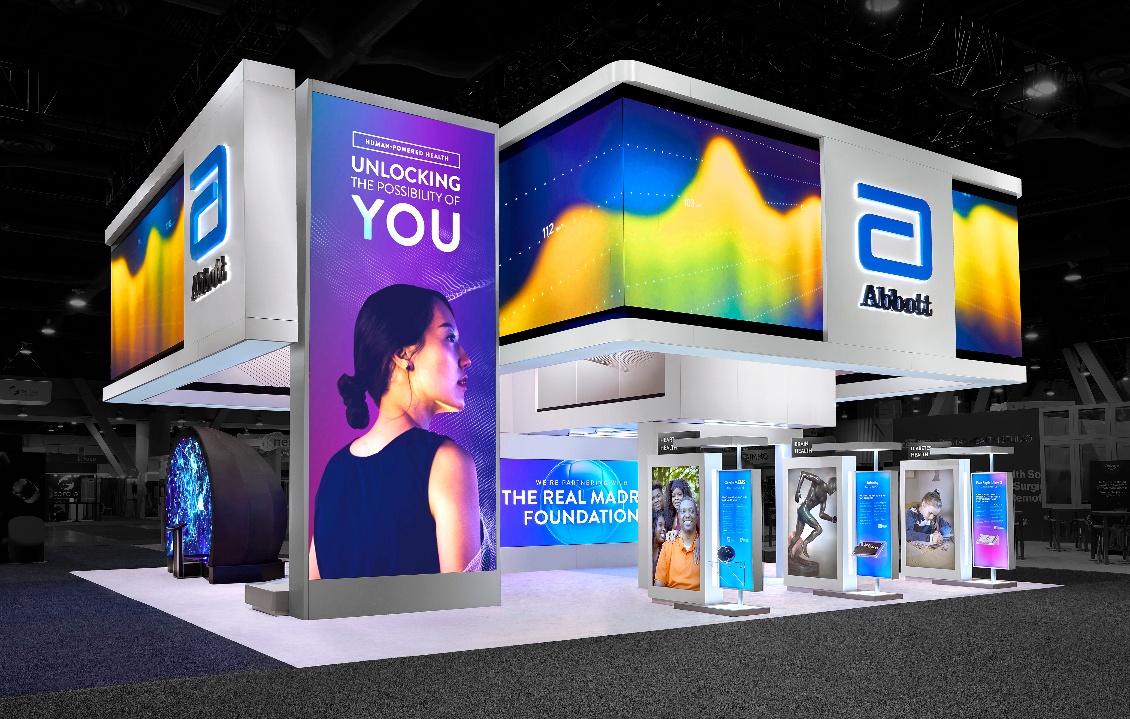 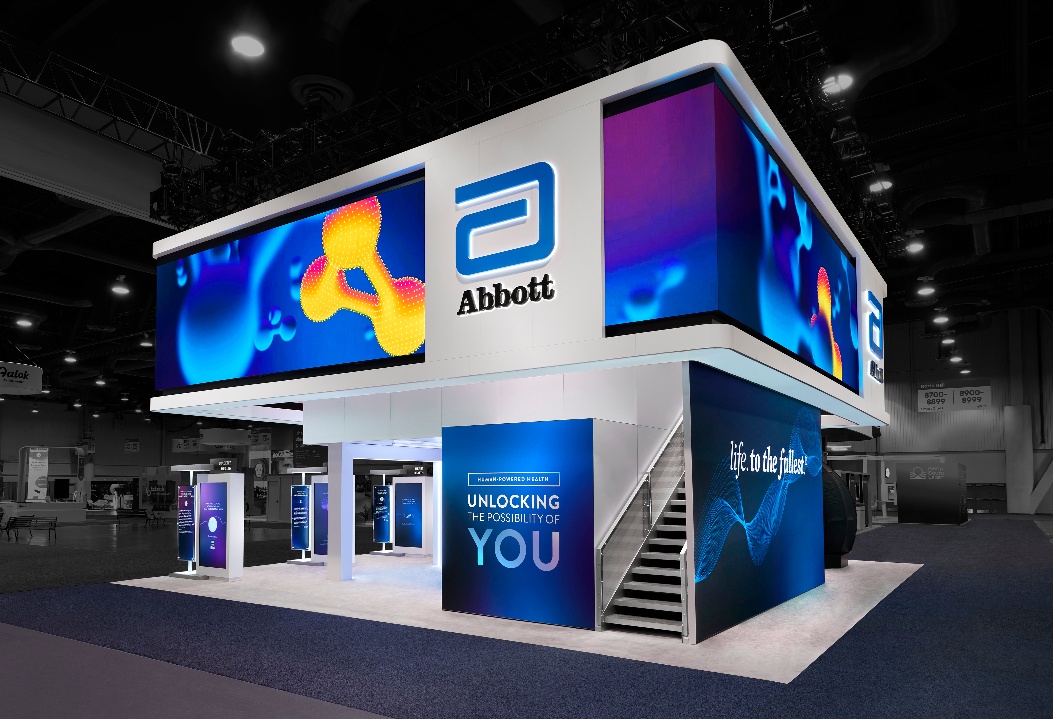 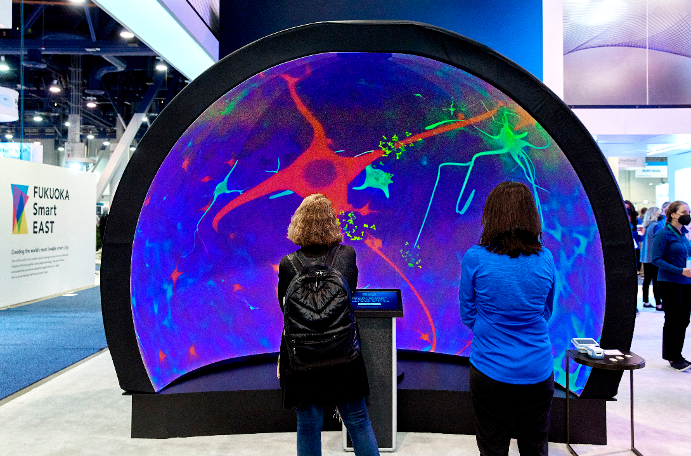 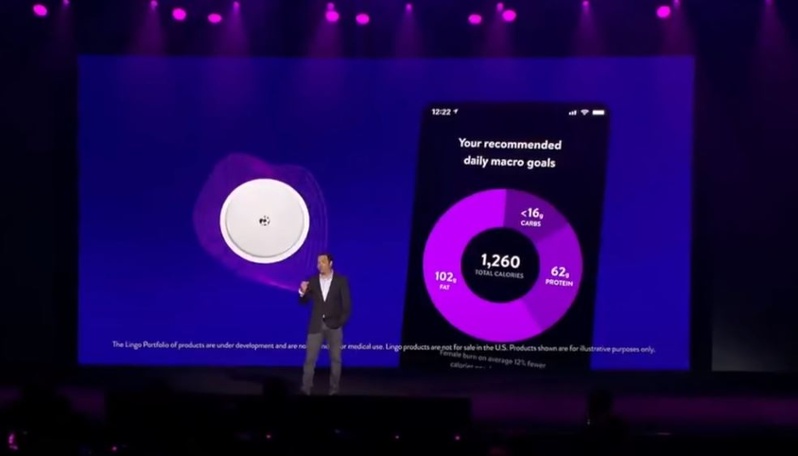 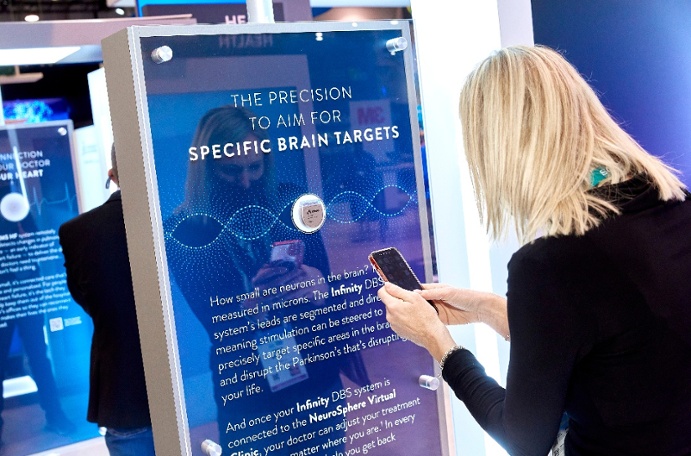 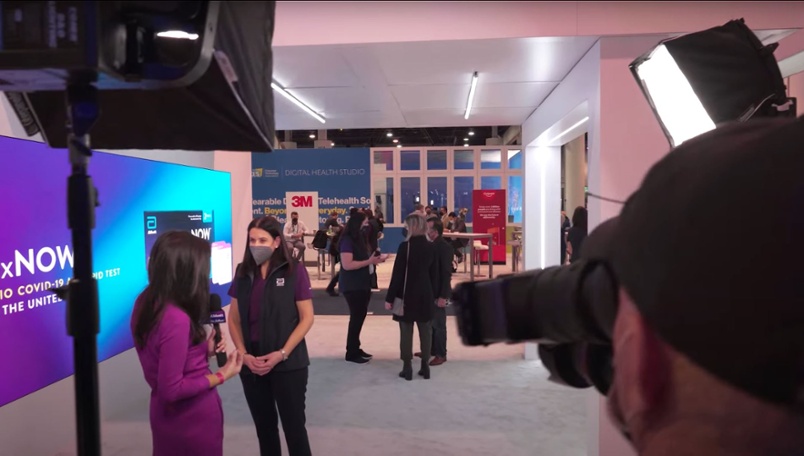 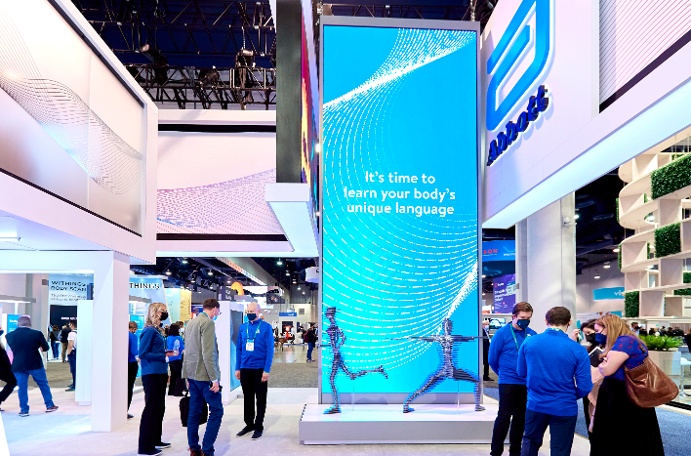 Learn how Ansys leveraged their exhibit to showcase their position in the market and support their lead generation initiatives at CES.

Learn how Abbott stole the show at CES and brought a focus on health and wellness directly to consumers.

Learn how Blink Charging made a big first impression with their "brand unveiling" at CES.